Eagle Scout is the highest achievement attainable in the Scouts program. Since its inception in 1911, only 4 percent of Scouts have earned this rank after a lengthy review process. Requirements include earning at least 21 merit badges, and the Eagle Scout must demonstrate Scout Spirit, an ideal attitude based upon the Scout Oath and Law, service, and leadership. This includes an extensive service project that the Scout plans, organizes, leads, and manages.

MRHS seniors Peter Casey and Richard Conway, members of Harwich Troop 76, both earned Eagle Scout status this spring. Peter’s service project was creating a little free library for Holy Trinity Church in Harwich. Richard’s service project was in support of Alzheimer's Family Support Center of Brewster, where he organized a major yard clean-up at the Alzheimer’s home. In the fall, Peter is headed to Suffolk University’s Sawyer School of Business, and Richard is finalizing his plans. Congratulations to both young men on this impressive accomplishment! 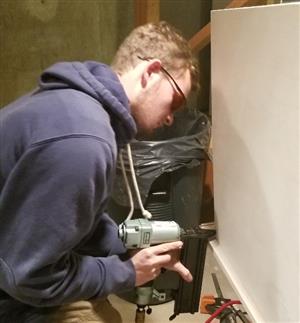