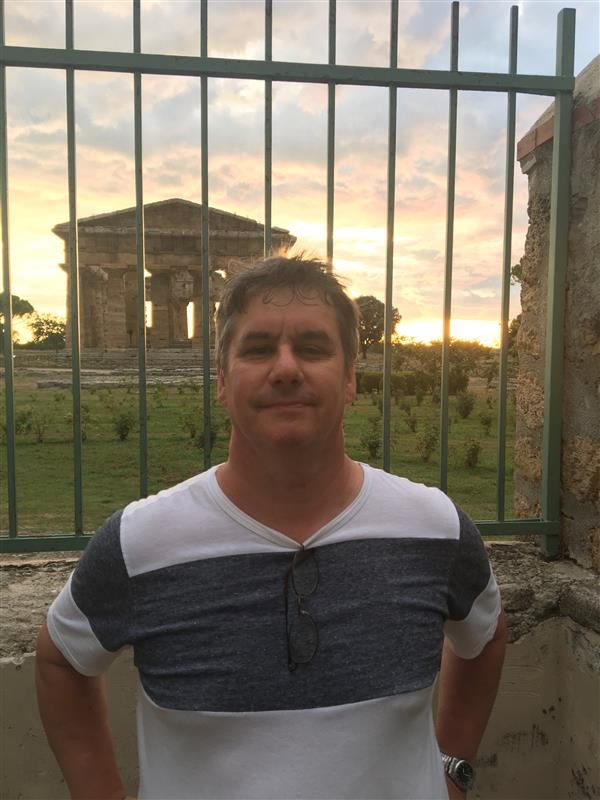 Welcome to the amazing world of ancient Rome and Latin!  As your tour guide of many years experience, both in the classroom and abroad,  I will be here this year to guide and  teach you.   Having taught the entire Latin curriculum, from beginning to advanced level Latin, I aim to make your journey both successful and rewarding.  I hope that you, too, will become a lover of Latin and continue your journey in years to come.

About me?  I grew up in the distant shores of Long Island, NY where I grew up loving to hike, ride horses, watch the night sky, and camp. My curiosity about ancient world was fueled by a few stories on the Trojan War, Achilles, and a fascination with the Roman Empire.  How did they manage that so long ago, without modern communication? I wondered. Fast forward to high school, where I began studying English word origins in English class, and psychology as a senior.  Fun stuff, but still no Latin.  So I decided to go further back in time to understand:  who are we?  where did we come from? and where are we going? Studying Latin and Greek seemed then and now to be the best starting point to begin answering those very philosophical and open-ended questions.

Today I am a person of many and far ranging interests.  As I progressed from college (Vassar, B.A. in ancient Greek) to graduate school (University of North Carolina at Chapel Hill, M.A. and Ph.D studying Latin and Classics with an historical emphasis) I learned not only the intricacies of language and its expressive powers--oratory, historiography and poetry-- but culture as well.  To that end I have traveled widely, frequently throughout Italy and Greece, to get some sense of the extent of Greek and Roman influence.  I love visiting museums and ancient sites, whether it be a Roman road in Italy or an acqueduct spanning a river in Spain.  And I am all for learning the Romance languages- Spanish, French, Italian, etc. as well! The journey in my personal and professional life continues to be an exciting one, especially now that I am in Cape Cod!  Salvete, omnes!  Wlecome to Latin!