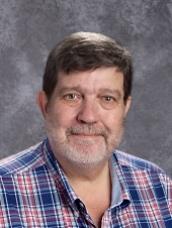 Chris Roberts was born in Wales, UK, and after teaching high school music for 14 years, moved to Cape Cod in 1991. Since then, he has taught music at every level, from kindergarten to high school, including band, chorus, and general music. Singing has always been an important part of his life, and forms a large part of the music curriculum at Harwich Elementary School. He has a Bachelor's degree from the University of London, a Master's degree from UMass, and a CAGS degree from Boston University.

Outside of school, Mr. Roberts has directed several vocal and instrumental groups including the Cape Cod Chorale, which he directed from 1999 to 2014. Currently, he is the Musical Director of "We Are The Men", a male voice group based in Dennis.